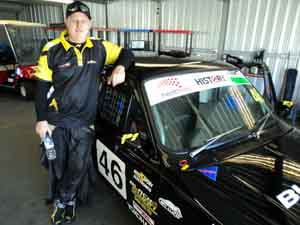 BOOM TO BUST FOR GELLAN – CLEAN SWEEP FOR SCIORIO

A total of 16 cars were entered  For one, it was over before it started.

After a year of stunning performances in the Black U2L Escort, Grant Gellan suffered a cylinder head failure at the tuning day prior to the September Meeting.   This has handed the IPRAWA Club U2L Championship lead to Ron Coote, with only one meeting to go this year (photo). 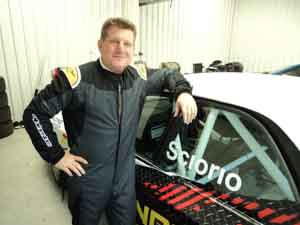 No such issues for O3L Michael Sciorio in the WRX.  He nailed Pole, the got a trifecta of race wins.  The battle for the O3L (and Outright) Championships still hangs in the balance as we head to the final round in October.   Sciorio has 4,115 points to Nik Mitic’s 4,110.
​ 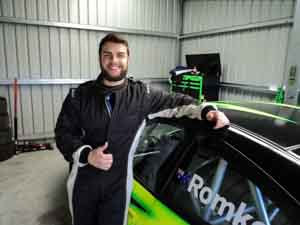 Whilst Outright Championship contender Sciorio prevailed, but it was by a mere 0.005 seconds from the Monaro of Reuben Romkes, followed by the other main title contender Mitic in the BMW M3. 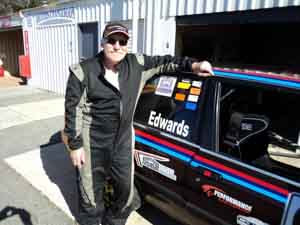 It was close at the front.  Sciorio’s AAA Windscreens WRX held off Romkes by 0.7 seconds, with Mitic trailing across the line by a further 6 seconds. 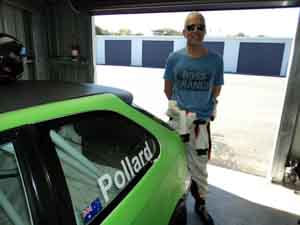 The U2L victory was taken by Neil Pollard  who managed to split the U3L cars of Edwards and Passaris. 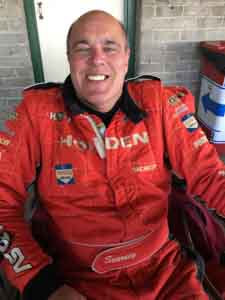 Top half of the grid was reversed.

Whilst Sciorio repeated his earlier victory, Romkes made a mistake at Turn 6 and bogged the Monaro in the sandtrap.   Mitic was able finish closer to the leader this time coming home in P2 followed into P3 by Steven Turpin, Commodore.

Adrian Scharenguivel had a lonely race in the Powell Automotives O3L Commodore to finish 4th ahead of U3L Edwards P5, U2L Pollard P6 and U3L Passaris in P7.   Sinclair had a 2nd tyre failure for the day. 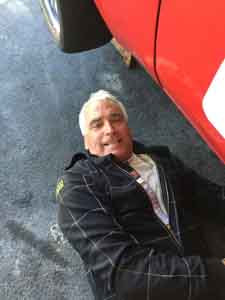 The ever-consistent Ron Coote (U2L Escort) finished P8.  That consistency may pay a dividend at the end of season.   ​ 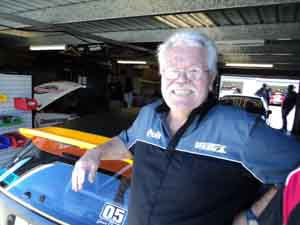 Brad Wheeler  joined 3 other DNS with a return of a mysterious engine misfire, so only 12 cars remained to take the grid.  Romkes made great progress from Rear of Grid (due to earlier DNF) to finish P3.  But it was that man Sciorio (again) to take line-honours from Mitic.
Sinclair reduced LF camber and increased tyre pressure which gave him his 1st finish for the day in P6, narrowly beating Edwards into P7

The normally consistent Tim Riley (U1,600 Corolla) managed to get past Pary Hatsiyiannakis in T4, only to run out of brakes going down into T6.  The author comments “it was lucky I got past Pary, otherwise I would have rear-ended him for sure at T6 – instead, I just managed to keep it on the outer concrete strip and limped home for the points”.

Class Winners for the day

Over 3 Litre:   Michael Sciorio – 75 Points
Under 3 Litre:   Garry Edwards – 70 Points
Under 2 Litre:   Neil Pollard – 75 Points
Under 1,600:   Tim Riley – 75 Points
SO:  WHAT DOES ALL THIS MEAN FOR IPRAWA CLUB CHAMPIONSHIPS (1 Round to go)?
​Thanks
Finally, IPRAWA is grateful to our principal category sponsors Healthway for their ongoing support this year.  IPRAWA is proud to support the Make Smoking History campaign.  As always, a huge Thank You to Yokohama, and also thanks to additional sponsors Jasmat Steel Fabrications, JP Pallets, Racing Dynamics and P1 Racewear.  Please support the health message and the companies that support our racing.